Please click here for our 2021 Season brochure.
Christopher’s Classics 2021 – Series XXVI
Reviewer Tony Ryan looks forward to the innovative programming of the 2021 season.
If Beethoven was the thematic thread in the 2020 season of Christopher’s Classics which celebrated both the series’ twenty-fifth year and the 250th anniversary of Beethoven’s birth, the 2021 season’s line-up celebrates diversity and innovation . . . and with not a single work by Beethoven in sight!

THE CHRISTOPHER MARSHALL CONCERT FOR STARS OF THE FUTURE is an additional feature of the 2021 season in tribute to the series’ founder and his long-time support of New Zealand musicians. The inaugural concert in July will promote the already well-known talents of Lixin Zhang in an all-Chopin programme. As well as this, the 2021 season also expands the series to seven subscription concerts.

SIX WORKS BY NEW ZEALAND COMPOSERS are sprinkled through the upcoming series along with a work by Gao Ping whose past work in Christchurch makes him almost a local. Two works by Gareth Farr and one by Peter Liley are included in the Trio Élan’s programme which opens the new season in April. The inclusion of saxophone is a notable feature of this trio – not an instrument that’s often encountered in chamber music concerts – in an innovative programme that also contains music by Debussy and Piazzolla alongside a work by American saxophonist Russ Peterson. Other New Zealand composers in the new season include Alex Taylor, Dorothea Franchi and a young local composer whose identity and work are yet to be announced.
​
FRENCH MUSIC features in several programmes, including a reprise of one of the highlights of the 2020 season. Ravel’s Trio will be encored by a different group in 2021 when the Argyle Trio play it in their September concert as part of an all-French programme. French works are also a strong component in the programme of another trio, Les Voisins, in August. In this ensemble, Simon Martyn-Ellis (theorbo and guitars) joins two familiar Christopher’s Classics musicians, Justine Cormack (violin) and James Bush (cello), in a programme that includes more Ravel, works from the French Baroque, a New Zealand ‘reimagining’ of that era, and some “Hot Club de France” with four of Django Reinhardt’s best-known pieces. But top of my list for must-see French music is Les Bon Vivants’ inclusion of Ravel’s gorgeous Introduction and Allegro for Harp, Flute, Clarinet and String Quartet which ends this twenty-sixth season in October.

TWO WORKS BY THAT MASTER OF CHAMBER MUSIC, JOHANNES BRAHMS are included in two of the earlier concerts. In April Serenity Thurlow and Diedre Irons will play one of his very last compositions, the Sonata for Viola and Piano No. 1 in a programme that also includes Hindemith’s 1919 Sonata for Viola and Piano and Shostakovich’s very last work, his darkly austere Sonata for Viola and Piano. The other Brahms work is his Trio Op. 8 played by the Te Koki Trio in May, along with works by Kodaly and Bartok. Although new to Christopher’s Classics, the Te Koki Trio is led by a musician who is very familiar to Christchurch audiences as concertmaster of the Christchurch Symphony, violinist Martin Riseley.

THE NEW ZEALAND STRING QUARTET returns in September 2021 – they are always welcome and regular visitors to the Christopher’s Classics series – with music by Purcell, Britten and Gao Ping, and a work that I look forward to hearing live in concert more than anything: Smetana’s colourful and original String Quartet No. 2.
​
With such a varied and innovative line-up of music and performers, the 2021 Season of Christopher’s Classics is certainly destined to make up for some of the difficulties of the last few months. 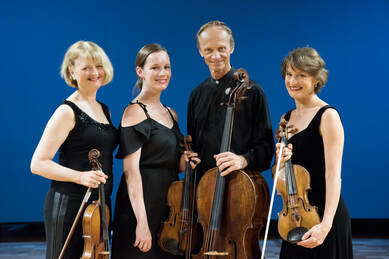 
The ensemble has been Quartet-in-Residence at the New Zealand School of Music at Victoria University of Wellington since 1991 and in 2019 celebrated 25 years running the Adam Summer School for Chamber Music. Violinist Helene Pohl and violist Gillian Ansell are co-artistic directors of the biennial Adam Chamber Music Festival in Nelson. Gillian, Helene and cellist Rolf Gjelsten have received MNZM honours for services to music in New Zealand. 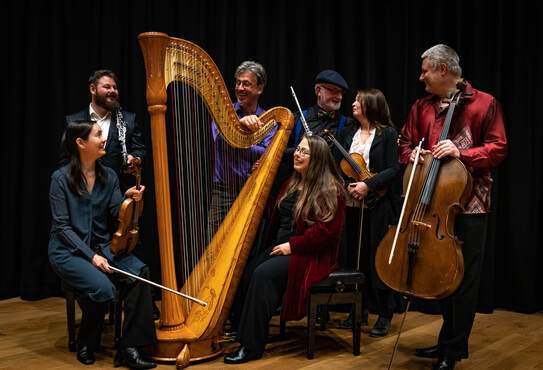 Les Bons Vivants is an established group of Christchurch performers from the CSO and the University of Canterbury School of Music. 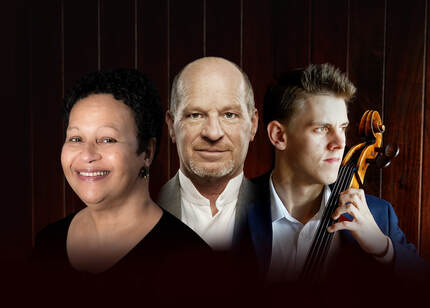 
Since retiring from the MSO, Wilma Smith has prioritised her chamber music roots, enjoying old and new relationships in the US and New Zealand as well as Australia. Matthias Balzat is a New Zealand born cellist and is currently 20 years old. He began playing the cello at the age of 3, and has completed his NZ studies under James Tennant. He is currently doing his masters degree in Düsseldorf. For the background of the Argyle Trio please see www.argyletrio.com/about 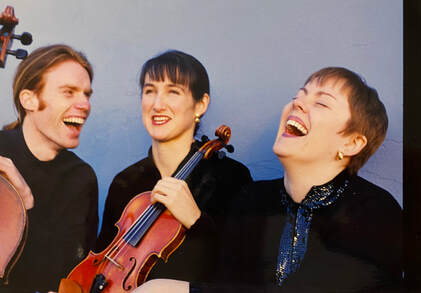 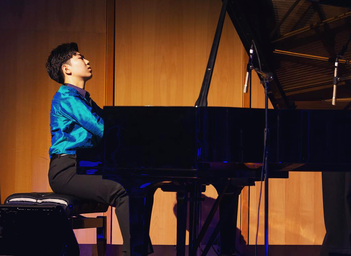 ​Lixin Zhang is 19 and is currently studying with Michael Endres and Neville Baird. Starting this fall, Lixin will be studying at the Colburn Conservatory in Los Angeles in the studio of Fabio Bidini. Lixin was first recognised nationally at the age of eleven for his musical achievements. Since then, he has gone on to win top prizes at each of New Zealand’s major national piano competitions including the National Young Performer Award, Wallace National Piano Competition and the National Concerto Competition. Lixin has also given performances in Asia and Europe. Rattle Records released Lixin’s first CD in 2018, which promptly shot to first place in Radio NZ’s Classical Charts. For this concert, Lixin has selected some of his favourite works written by the romantic composer Frederic Chopin. 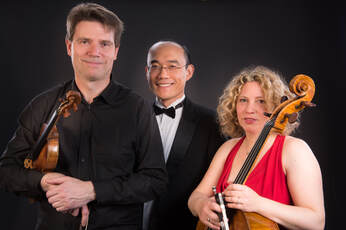 ​Te Koki Trio comprises three fulltime members of the staff from the Classical Performance programme at the New Zealand School of Music, Victoria University of Wellington. They regularly perform in New Zealand’s main centres, as well as internationally, including concerts throughout China, Australia, Singapore, and Kuala Lumpur. Their debut CD of the Debussy Sonatas and Trio was nominated for Best Classical Artist in 2017. In 2019 they toured with renowned violist Jennifer Stumm for Chamber Music New Zealand, also premiering a new work by Michael Williams. Other composers such as Hiroyuki Yamamoto have also written works for the trio.

In 2010, Serenity Thurlow was appointed Principal Viola of the CSO. In 2012 she was the Principal Viola of the Aldeburgh World Orchestra part of the Britten-Pears Festival. In 2016 she premiered Chris Cree-Brown’s Viola Concerto for the CSO.
Diedre Irons is one of New Zealand’s most distinguished performing musicians. She made her debut with the Winnipeg Symphony Orchestra at the age of 12 playing the Schumann Piano concerto. Since moving to New Zealand in 1977 she has performed regularly with the NZSO, the Auckland Philharmonia and the CSO. She has toured many times under the auspices of Chamber Music New Zealand. 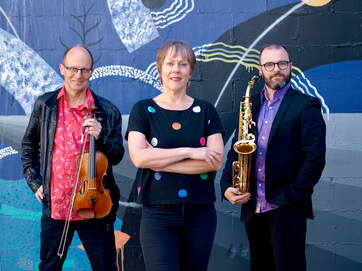